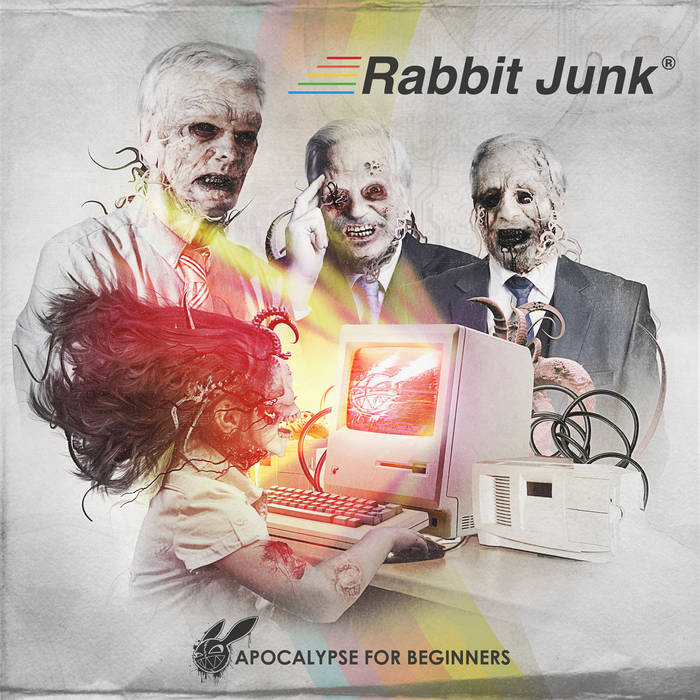 Crøst Fan Account Rabbit Junk is the only band that can do both beach music and death metal and make both of them sound fantastic with their cyberpunk-inspired industrial flair. Favorite track: Nostromo.

sybersphinx One of RJ's best albums yet; a clear work of angry passion and tender frustration. No other album of theirs quite so captures their sheer RANGE, AfB serving as a genre and influence buffet as much as it does a complete album. If you've felt even a twinge of the ever-increasing malaise that our social background noise creates from the omnipresent class war grinding us down, this album may be wholly cathartic to you. Favorite track: Rabbit Out of Hiding.
more...

3 of these tracks were previously released, but these tracks have been updated since they were put out as singles to sound better and so that the whole album sounds more consistent.

It's hard to describe how hard we worked on this album and the sort of sacrifices we have made to put it out. This is our hearts and souls laid bare. We couldn't do this without YOU. Every track and piece of merch you buy keeps us going and making music. We have so much gratitude for your support. I know it's cliche to say this these days, but we are nothing without YOU. Rabbit Junkie love is the best love!

Art by theironparasite.com - the album art is a play on 90's "how to" computer manuals, which make this album a sort of "how to" for apocalypses lol

This is an entirely independent release. JP recorded, mixed, and mastered all tracks as well being responsible for all the music, guitar, and his vocals. Sum Grrl is featured as both vocalist and lyricist on the "The Grind" and "Rabbit Out of Hiding". Amelia Arsenic is a guest vocalist and lyricist on "Stone Cold". Check out Amelia Arsenic here: ameliaarsenic.bandcamp.com