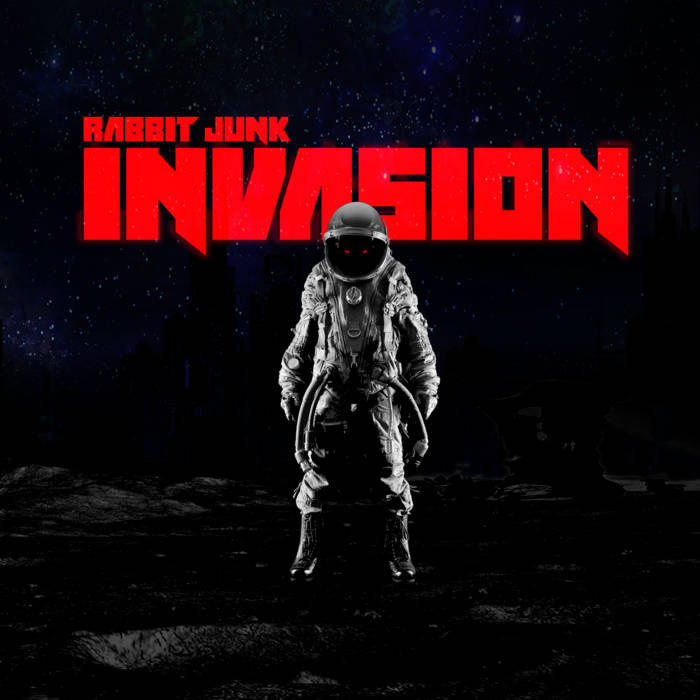 FLESH MECHANIC A solid mix of industrial metal and electronics with style similar to Combichrist or Drumcorps. There's a certain form of anthemic brutality that transforms with every song. Favorite track: Thug Baby.

Angel Evans Everyone needs to listen to this band. Spread the word! Favorite track: Broken Highways.

This release features some of the most ludicrous genre mashing yet, delivering everything from "film score-gabber-D&B-shizit style digipunk" to "trap-death metal-femme fatal" to "disco-subverted pop-big riff-new wave" in 4 fury filled tracks. "Invasion" also features a bonus remix by the John Connor of industrial music, the indefatigable Sean Payne of Cyanotic! Go Squad!

Why put out music for free? I'm committed to getting out the music, with as few barriers as possible. I don't want money to stand between my music and your ears. I also know what it's like to not have the extra cash to spend on new tunes - but I don't think that lack of discretionary income is a legitimate reason why you shouldn't get to hear (and own) new music. So Rabbit Junk puts out free music and lets fans pay if they want. With every release, many fans throw down a few bucks per download and this helps us keep going, as every hour we spend on making music is an hour we cannot work. Thank you to our supportive fans! We seriously LOVE you! Thank you for continuing to make Rabbit Junk possible!