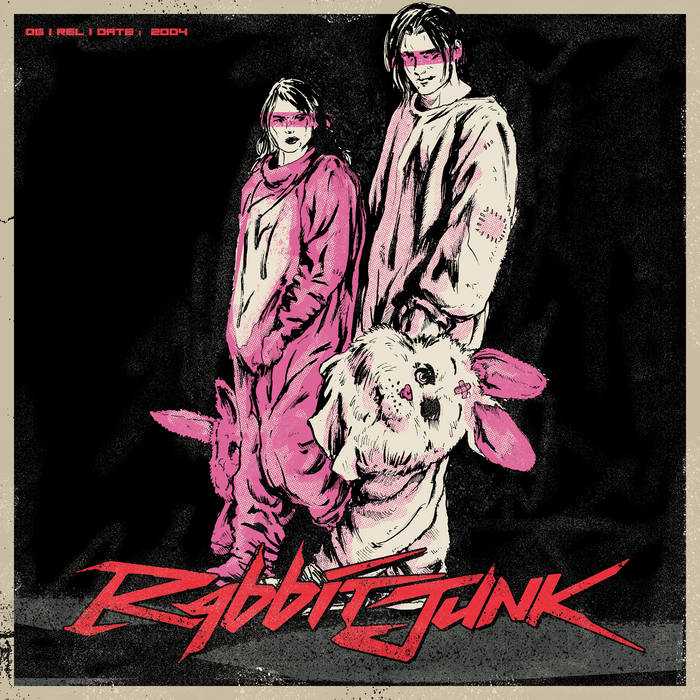 47fame you could listen to this Favorite track: ISO vs Life.

Ken Where Rabbit Junk started. Do yourself a huge favor and check this and their album Reframe. Favorite track: Not Owned.

Oh where to begin. The Shizit, my band previous to Rabbit Junk, had gone down in flames after a tumultuous UK tour in 2001 with Alec Empire of Atari Teenage Riot fame. The Shizit was essentially an attempt to merge the lo-fi metal sound of Slipknot with the even more lo-fi sound of Digital Hardcore Recordings. The project seemed to go far, very fast - within about 18 months we had come to dominate the mp3.com charts and were getting attention from major labels, many of whom were trying to figure out what to do with these emerging "internet famous" bands biting at their heels. But in the end, tension between me and my band-mate, Brian, got the best of the project. Almost immediately after The Shizit split, I started working on what would become "Rabbit Junk". I had become a bit tired of the super macho, super angry sound of The Shizit and I wanted to incorporate the quirky-poppy influence of Mad Capsule Markets along with punky female vocals. Sum Grrrl and I had been married for about a year and a half at this point (we were YOUNG!) and we moved from Seattle to LA briefly, where I recorded most of the record in a sweat-box in North Hollywood. I really wanted fem vox but didn't know any fem vocalists, so I literally dragged Sum Grrrl into my little make-shift studio and told her to yell. I thought she sounded just right! I had been using Pro Tools for about a year and had no idea what I was doing. The sound I was getting was pretty muddy, fuzzy, and boomy, but considering my background in digital hardcore it sounded acceptable. What became the debut album was originally intended just to be a demo. I printed up 500 copies and sold them on rabbitjunk.com - they were gone in months. This is about when people started emailing asking if "I was the guy from The Shizit". Michael Dome at Metal Hammer Magazine generously gave the album a 9/10 and I figured things would move along about as fast as they had with The Shizit. But by this time, mp3.com had folded and the labels were in disarray as new predators like iTunes swaggered onto the savanna. This was the start of a long, hard (did I mention HARD) road.