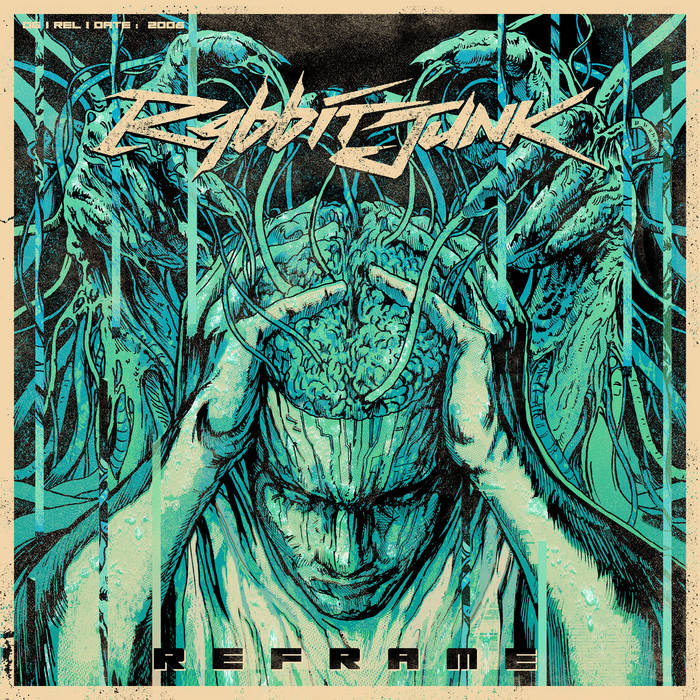 AntCan7000 This is my favorite Rabbit Junk album. Every song on here is fantastic. Favorite track: February War (remaster).

Gabriela Alvarez THIS IS THE BIG PUSH Favorite track: The Big Push.

tenno Was this a theme song at times?

Hell yes it was.

Favorite track: In Your Head No One Can Hear You Scream.
more...

This is the "classic" Rabbit Junk album, from 2006. Re-released here on bandcamp, with permission from Full Effect Records. A relatively amateurish bedroom recording but dripping with unrelenting passion; the lyrics have only become more relevant as years have passed.

This was really Rabbit Junk's "first" album, as the debut released in 2004 was intended as a demo. This record was heavily influenced by Japanese digital hardcore act Mad Capsule Markets and, of course, Atari Teenage Riot but also European metal of the time, such as In Flames and Arch Enemy - both of which itched our metal nostalgia.

The record was initially released 100% independently in a single run of 1000 copies. It was sold directly from rabbitjunk.com and we were surprised at how fast they sold. This is also when we got our first video done, for "In Your Head No One Can Hear You Scream". In support of the record, we put together a full live band, which included Kent Ames on drums and Coleman Thornburg on guitar (long since disbanded at this point - our shows as a two piece work really well and we're never going back). There were some small tours around this time and it wasn't long before we were contacted by record labels. We decided to go with Full Effect Records because they offered the largest advance and we were flat broke. Full Effect had Tom Baker (NIN, Marylin Manson, Rob Zombie) remaster the record and they re-released Reframe in 2008...right in the middle of the "great recession". Full Effect made a series of blunders with the release, including misnaming several tracks (e.g. typos such as misnaming "Millennial Pox" as "Millennial Pow"). This was a transition moment in the music industry; box stores were shutting down and iTunes starting showing its dominance. However, the primary product of the industry, "mp3's", were easily available for free (torrent etc.) and indie bands struggled more than ever. we never saw any money beyond our advance. But Reframe did get some recognition, including reviews in Metal Hammer and Terrorizer magazines. This album is what put us "on the map".