From the Stars II (Kite and Vireo) 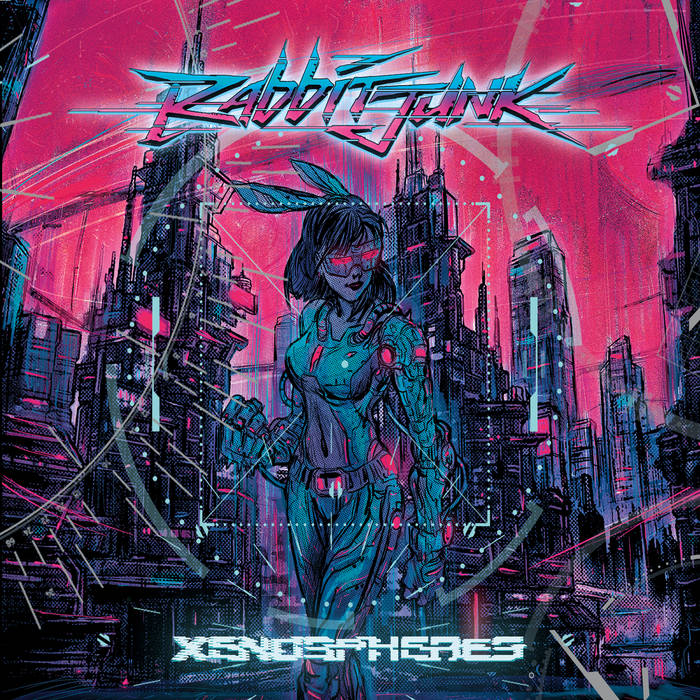 Finally, a sequel to 2010's "From the Stars" from the album Project Nonagon! Whereas the original took place in the mid 20th century, we encounter our new characters (Kite and Vireo) in the near future. This track adds to the monster's back story and also references "Revenge of Julian Modely". Musically, the track is inspired both by synthwave and metal like Amon Amarth - pretty sure that combo hasn't happened anywhere else ; )

P.S. there has been some confusion over use of the pronoun "them" - this refers to individual known as "Kite"

They uploaded the first countermeasure, a security skin swiped from corporate
Now they looked like one of them
They floated through the first and then the second firewall
The AI’s paid no attention, Kite was just another piece of the program
A shadow amid the luminescence

Kite deployed the second countermeasure, an elegant splinter of code
Like a psychedelic for machines, the code bloomed in the sentry’s subroutines
Soon it was lost in introspection and wonder and Kite slipped past the threshold into the sanctum

Kite passed endless chambers, each containing a swirling storm of information
They sensed their distant body trembling with adrenaline
Kite focused on their target
A solitary floating file, neglected and encrusted with encryption
With the passcode the digital shackles melted away

Kite was confused, the content was nothing more than a few sentences of archaic language
They read them over and over again, mouthing the unfamiliar words
Kite heard the faint echoes of their own voice, speaking the strange dialect in The Real


Kite was never late
Vireo swirled his untouched drink as the minutes passed
The din of a dozen hybrid languages rattled the bar’s smoke-filled air
Somehow through the chatter he could hear the relentless tick of his old wristwatch, still stubbornly keeping time after 100 years
It was time to go

Careful not to be followed, he took his time getting to Kite’s apartment
With a retina scan he quietly pushed the door open
He heard the dissonant tone of the vitals monitor and saw Kite lying on the floor, still jacked in
He knelt beside Kite’s lifeless body and heard the door shut behind him


Vireo’s body rose into the air, a muted scream frozen on his face
Rivulets of red swarmed his vision, forming an intricate network of pulsating veins
He heard a voice, a soft strange language, penetrating his mind

The pain was far away, like someone else’s degraded memory
Darkness encroached from his peripheral as he roses higher
The voice became louder, pulling him toward an abyssal singularity
he heard his watch tick

The emergency subroutine was triggered, razors burst from Vireo’s forearms
Severing the delicate web of circulation enveloping him
He fell to the ground, barely conscious
A strobe of images flashed across his malfunctioning visual
Through the static he heard the voice utter a single word, “mine”